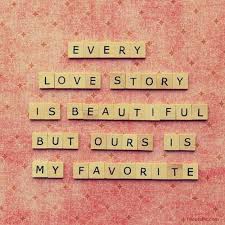 Thirty-three years ago, sporting leather pants and cowboy boots, I picked up a special young woman for our first date.

Thankfully, the boots and pants died a quick fashion death.

But that first date turned into many more, 29 years of marriage, two wonderful daughters, a granddaughter (coming soon!), four goofy dogs, more ups than downs, and a love that endures.

(Originally published in “Chocolate Cows and Purple Cheese, and other tales from the homefront”, available on Amazon)

Before my last name supplanted hers, my wife hated my guts.

Believe it or not, this is a story of true love, though it is both “Post” and “Anti” Valentine’s Day. Because just after Valentine’s Day in 1985, my life changed.

On February 21, 1985, Kellie became my future. We have spent more than half of our lives together.

That two teens fell in love is neither particularly unique nor especially interesting, until one considers our relationship prior to that first date.

She absolutely despised me.

Kellie and I met our senior year in high school. We were both new to the school, and so didn’t know each other.

As she described me, I was a pompous egomaniac bent on controlling the school, if not the world. In hindsight, she was more right than wrong. Kellie has smoothed my rough edges considerably. But, fully unfurled, I can still be a tough flag to salute.

I certainly had an air of confidence thanks to my involvement in numerous student activities. And I was rightly proud of my several positions of student leadership. But all Kellie saw was overbearing hubris.

In fact, our first encounters only strengthened her perception of me. I was editor of the student newspaper; she typed copy on the then-new computer system. (Yes, though my children refuse to believe it, we are old enough to remember when there were no computers…)

Kellie also had the added pleasure of watching me fawn daily over my girlfriend du jour.

As most teenagers do at some point in most of their young relationships, I seriously thought I would spend the rest of my life with this young woman.

“The rest of my life” lasted about five months.

Fast forward to the December of my freshman year in college. My faith in women had only recently been restored, but was still fragile, after the aforementioned girlfriend had ripped my heart from its moorings, stomped on and handed back to me the prior spring.

But the lovelorn and common sense are often strangers.

The ex-girlfriend asked me for a ride to a holiday party at a mutual friend’s house. I obliged, thinking that this was her way of re-stoking our past embers. The only fire was in my heart. The only smoke, in my eyes.

The ex-girlfriend merely needed a ride and, to make matters worse, she met another guy at the party.

Luckily for me, Kellie also came to the shindig. Trying to make my ex jealous, I sidled up to Kellie in the ex’s line of sight and planted a holiday smooch on her cheek.

To this day, my wife says that kiss turned everything around. I didn’t think it was particularly innovative or memorable, as kisses go. But, what do I know? I’ve never kissed myself.

Ever the dense man (I understand from many women that that phrase is redundant) I missed her flashing-neon signals of interest for two months.

But we finally went on our first date, a college dance, on February 20, 1985. The next day, I called the three other girls I was haphazardly dating and wished them all a happy life.

Many years later, I am still cynical, sarcastic and doubting. My tongue is only partly in cheek when I say that people are like stray cats. If you keep feeding them, they’ll keep coming around. I don’t like cats, and I tend not to trust most people, at least at first.

But, among countless life lessons my wife has taught me, I have learned from Kellie that most people are very nice if only given a chance. (Cats still irritate me, though.)

Kellie has an amazing vision of the heart, a quality I lack, admire and covet. She saw through my flinty veneer.

All these years later, she still laughs at me. Most of the time it is with love in her heart. The other times? Well, let’s just say I often reap what I sow. But I am glad to have her by my side as we plow through life together.

Just don’t tell anyone I said so. I don’t want people to think I’m a nice guy. 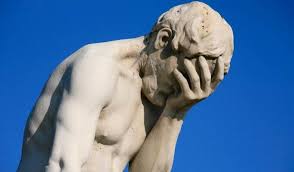 In January, my daughter, Olivia and I visited the Holocaust Museum in Skokie. We are both history and World War II buffs. The tickets were her very thoughtful Christmas gift to me.

Seeing my Facebook post as we waited for the museum to open, a friend directed, “Give me your thoughts.”

The God of the Judeo-Christian tradition created humanity in His/Her/Its image. I believe in that God, whose faith in us has traditionally and theologically far outstripped our faith in Him/Her/It.

However, as I walked through the Holocaust museum, struggling to hold back tears over example after horrific example of the worst kind of inhumanity (thankfully, darkness enshrouds many of the displays), the thought occurred:

Having made such a life-giving, loving, humble gesture, God must be terribly disappointed in us.

To be clear: the historical “Holocaust” — Nazi Germany’s systemic extermination of millions of Jews, Poles, Gypsies and others who did not fit their social/cultural/genetic/political ideal — inspired this poem.

However, it is written in the present tense because the same impulses that fueled the Holocaust of the 20th century are not new and, worse, seem to continue today.

***PLEASE NOTE: I wrote this several weeks before last week’s school shooting in Parklands, Florida. But, if the poem fits…

How can you even ask when

Brick upon brick built to separate

Turned out by factories of arrogance

Chimneys that once belched ashen souls

Everyone who would try to breathe free

At all cost (as long as it isn’t theirs)

Willing to ransom their souls for much less

Than thirty pieces of silver

I gave everyone a spark of the Divine

A sliver of the holy Soul

Yet you willingly, gladly

Bind yourself to the anchor of rotting flesh

For a second of passing pleasure

You choose to allow this to be

You all say Yes!

Or, at least, you don’t say No

Then stand by and look away when it happens again

You are all guilty — if not by decree

You do all of it in my name

The gall! The hubris!

How dare you claim

To know anything about me

You have monetized and weaponized

Pain and darkness and shame and guilt

Using each to draw apprehensive lines

I made it so easy

All you had to do was

Instead you inflate your ego

Building my house – then locking out anyone with a different key

Clothing me – then stripping anyone with newer threads

Claiming me – then silencing anyone who dares try to share

Yes! I am angry

How can I not be when

My heart is broken over and over

By the reality of a dream

smashed among the stars

You are not what I hoped for

When I sighed into the heavens

You are not me, nor do you even try to be

Rather, you sing phony Hosannas and

Wave insipid credentials in my face

Too cowardly to look me in the eye

And wipe the tear from my cheek 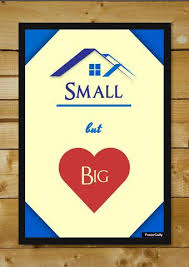 Like many today, I suspect, I sometimes feel overwhelmed by all the BIG THINGS around me — the noise, the vitriol, the hubris, the chaos.

I long for the time, not too long ago, when the world around me seemed a whole lot smaller — more humble, peaceful, manageable.

In that frame of mind I recently unearthed an essay originally written eight years ago on this very topic. Here it is, refreshed just a bit:

No, I have not gone off the deep end. At least, not yet.

Rather, this is a simple observation of a complex fact. That we, in our irrepressible, undeniable and self-defining human vanity, often confuse the significance of scale.

Not all that is big, is better. Most of the time, small is superior.

Yet, because of their size, the big things can sometimes seem unreal. They are so large that, ironically, their meaning cannot be seen, too momentous to grasp. To understand. To make meaningful.

Conversely, the small things in life are what really matter. They’re what really impact us — though we often take them for granted, so small that they can seem unimportant.

Because they have a way of getting inside of our souls, taking up residence in our spirits, and changing who we are, from the inside out.

There is so much Big going on around us that it’s hard to see anything else. Indeed it takes a lot of work sometimes to see the small things hidden in the shadows cast by the Big in life. But that effort to seek makes the finding all the more rewarding and special.

And so, here are some small things for which I am thankful. In a big way. (And I didn’t even really have to look hard for them because – and here’s the real point — they’re right in front of my face every day):

Now I’m off to enjoy dinner with my family.

Another one of those seemingly-small things that really is so much bigger than it seems.